Quinoa Vs. Kaniwa, What is Kaniwa?

Kaniwa (pronounced kah-nyee-wah), a “superfood” grain native to South America, is quickly rising in popularity due to its similarity to it’s cousin, quinoa. Both grains are native to the Andes Mountains region and have both been staple foods in the native cuisine for generations. Now, it’s time for kaniwa to get it’s time in the Western spotlight. So, move over quinoa, what is kaniwa? 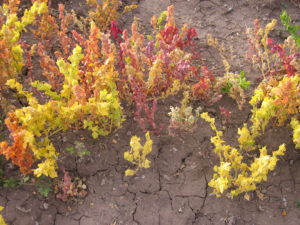 Kaniwa is, in essence, quinoa with a few slight differences. Both seeds, not grains, are from a family of flowering plants called Goosefoot. However, Kaniwa is much smaller and darker brown in color than it’s cousin, quinoa. It’s been a huge fad of the people native the Andes Mountains for hundreds, if not thousands of years, and now it’s making its way north into the Western markets.

Kaniwa hasn’t been studied as extensively as quinoa, mainly due to its relatively unknown status, but the kaniwa nutrition facts we do have are promising. 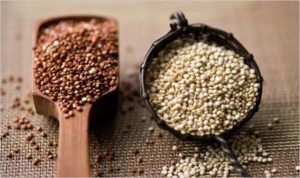 Kaniwa, like it’s cousin, is chock-full of healthy goodness but with a few distinct differences. Both “grains” are complete protein and fiber sources. However, Kaniwa edges out the competition with 16% protein, a vast 3% difference from its cousin. In the end, both seeds are excellent sources of protein.

Kaniwa is a very unique seed due it’s high iron, mineral, and antioxidant content, particularly lysine. Lysine is an amino acid that aids in tissue repair, growth and is essential to good health. it’s found mainly in animal products, dairy and nuts. Kaniwa is unique because it’s an excellent source of the stuff, which is especially important for plant-based people.

Kaniwa is an excellent grain for the gluten free humans out there too as it contains the same B vitamins and minerals that are found in whole grain wheat, and is naturally gluten free.

Both quinoa and kaniwa contain flavonoids, particularly isorhamnetin and quercetin, which are antioxidants with anti-inflammatory and immune system benefits. But kaniwa beats out quinoa in this category as well.

How To Cook Kaniwa

Kaniwa is also easier to cook with! Quinoa has a bitter, soapy layer of saponins that need to be washed off before cooking, kaniwa has none of this icky film and is good to cook right out of the jar! However, to extract maximum flavor, toast the seeds for 2-3 minutes, making sure to flip them occasionally to get them toasted evenly.

As is the case with all grains, cook your kaniwa with a 2:1 water to grain ratio for around 20 minutes until the water absorbs and the seeds soften. Kaniwa and quinoa taste very similarly with kaniwa being slightly sweeter, and slightly nuttier. Once it’s cooked, it doesn’t congeal together, like cream of wheat, as quinoa does, but doesn’t fluff up either.

Kaniwa is as adaptable as quinoa and rice. Use it as a bed for stir fries, eat it cold as a salad, even cook it into a porridge for breakfast with some brown sugar, granola, and fruit, the options are limitless! You can even grind it down into a flour and add some to your baked goods. However, baking with 100% kaniwa flour isn’t the best because it has a high amount of protein. The best way to bake with kaniwa is by replacing some flour in an existing recipe. If stored correctly in a cool, dark cabinet, it’ll stay fresh for a year or so.

According to Calorie Count, 1/4 cup dry kaniwa (or about 1/2 cup cooked) contains 160 calories and around 1 gram of fat. As a plant food, it is naturally cholesterol-free and free of saturated fat. Kaniwa is low in calories, nearly fat-free, high in fiber and protein and is an excellent source of iron, particularly for vegetarians and vegans.

With its ease of preparation, fast cooking times, and numerous health benefits, kaniwa is the perfect choice for a healthy diet. Once it gains popularity in Western markets, quinoa will have to share the “superfood grain” podium with quinoa. You can find kaniwa in most specialty grocers and health food stores, happy eating!